Research indicates that babies who begin treatment earlier resolve faster and with better outcome than those who begin later. Early treatment is important because it can be a big challenge to effectively perform the exercises on a child as he/she becomes older, stronger and more mobile. Treatment can begin as early as the first signs of torticollis are detected.

Early treatment of torticollis is critical in preventing long-term negative effects on growth and development.

Resolution of torticollis will vary for each child depending on several factors: initial severity, degree of range of motion restriction, onset of treatment, and consistency of parents/caregivers in performing the home exercise program.

In a study which included 1086 infants with torticollis, 95% who received physical therapy treatment including manual stretching had successful resolution of the torticollis. Approximately 5% of children, those with severe or persistent CMT, eventually required surgical release of the SCM for complete resolution. Surgery was recommended only for those who had significant head tilt and restriction of rotation that was unresponsive to at least 6 months of physical therapy. 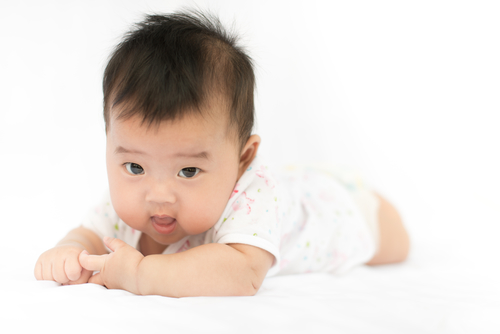 I initially started with a physical therapist at a reputable hospital. However, I quickly realized that the staff there predominantly treats adult patients. My pediatrician then referred me to Dr. Tritasavit and I’m so grateful I brought my daughter to her. I immediately felt in great hands under her care! The fact that Sophie primarily treats patients with this condition was very reassuring to me and Sophie’s expertise exuded during her treatment sessions with my daughter. She is so gentle yet effective in her techniques and teaching methods.